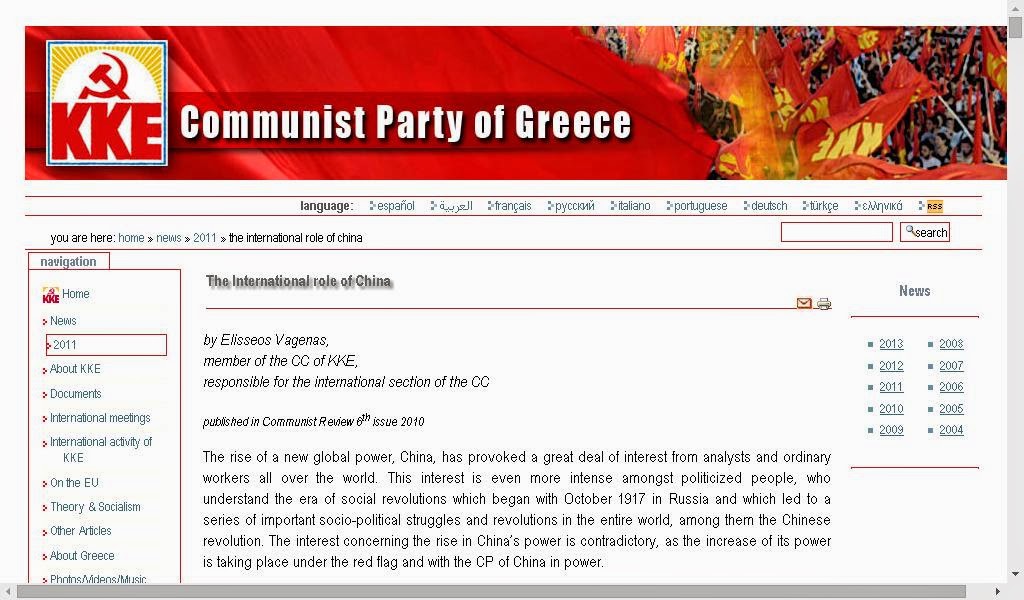 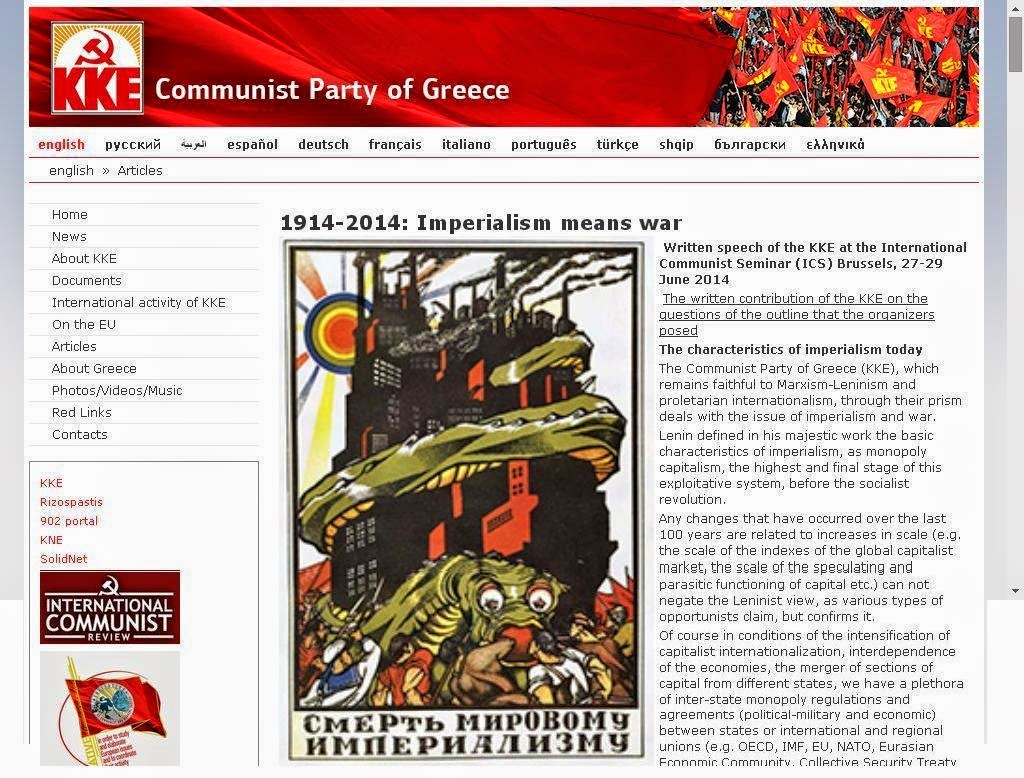 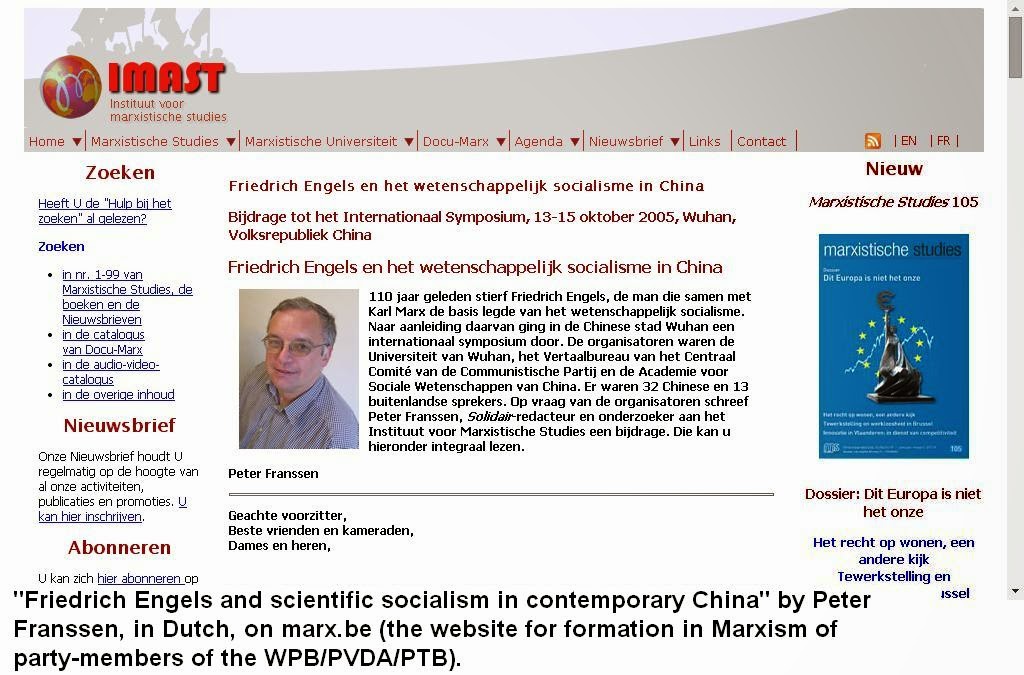 
21The text that is been put on the website o f the Workers Party of Belgium, http://www.wpb.be/, on Thursday, 17 November 2005, 12h40, "Contribution to the International Symposium held in Wuhan, People’s Republic of China, 13 - 15 October - Friedrich Engels and scientific socialism in contemporary China". (The website wpb.be has been closed, therefore I putted it myself on the internet: https://docs.google.com/document/d/1NZDehsll_dDToNYzkh1POex98FvdQmvSIHgvtrvOAtQ/preview?pli=1#
Gepost door Nico op 04:28