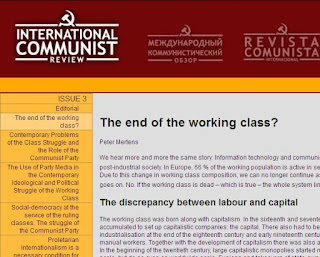 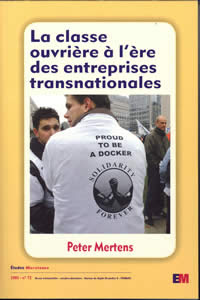 1http://www.iccr.gr/site/en/issue1/editorial1.html
2http://www.marxists.org/reference/archive/mao/selected-works/volume-1/mswv1_17.htm, Selected Works of Mao Tse-tung Volume 1, “ON CONTRADICTION, August 1937. [This essay on philosophy was written by Comrade Mao Tse-tung after his essay "On Practice" and with the same object of overcoming the serious error of dogmatist thinking to be found in the Party at the time. Originally delivered as lectures at the Anti-Japanese Military and Political College in Yenan, it was revised by the author on its inclusion in his Selected Works.]
3http://www.iccr.gr/site/en/issue3/the-end-of-the-working-class.html, The end of the working class? Peter Mertens
Gepost door Nico op 03:40 Geen opmerkingen: